The Stories of Seed in BC

While reading through a textbook on qualitative research recently (Patton, 2015), I came across a relatively benign-looking text box. My current reading subject was resilience, which is why this text box stood out. It was titled, Family Stories Support Resiliency. While it was “resiliency” that first caught my eye, it was “Family” that really got me interested. As someone who is mostly estranged from my family, the idea of family resiliency is often on my mind; in fact, the “dysfunction” of my family has contributed significantly to, well…let’s go into that another time!

The passage in this section which stood out for me was as follows,

Children who know their family history…feel they belong to something bigger than themselves. Family storytelling…may be a key to resilience in children (Kurylo, 2013). Happy families have stories that bind them together…

So many things stood out for me in just this few sentences relating to both myself and the world of seed in which I work and study.

For myself, I have been able to find a surrogate family, in many ways, in the communities in which I have engaged over the years – including the seed grower community in BC. Many times I have met others who feel the same way. So I very much equate communities with families. One of the things these communities give to me is a sense of belonging to something bigger than myself and it is from that which I can draw purpose in life.

Well, it does. And I am sure there is some literature on this (“Creation” stories come to mind) but I don’t want to get sidetracked here.

This then comes back to something that is always on my mind as I write about and research seed systems, and that is: I feel the need to tell the story of BC seed. Now, of course, it is not just one story about BC seed, but a collection of stories which tell about where the seed community came from, where it’s at, and where it may be going.

I feel it is important to tell this story as my experience tells me that the story of seed in BC is unique and holds lessons for other communities to draw from. But the real epiphany from the above passage is that I have been thinking very much about telling the story of BC seed in other parts of the world and to “other” communities, when, in fact, I also want to tell the story of BC seed to those in BC, including the people who are part of many of these stories. It is through this ongoing telling of the stories of BC seed that we can help nourish a greater sense of belonging and purpose among existing, new, and future members of this community in an effort to contribute to the community’s resilience.

Although this was a bit of an epiphany related to stories, creating a sense of belonging is actually an approach I am already taking in my research with farmers and seed growers in BC.

As part of the BC Seed Trials, a research collaboration between FarmFolk CityFolk, UBC Farm, and farmers throughout BC (and now Canada!), one of my goals is to engage with farmer research participants throughout the season to help build a sense of belonging to something bigger than themselves. While I am sure part of this effort stems from my own sense of looking for belonging, I had also had a conversation with an Oregon farmer around the beginning of the BC Seed Trials project in 2016 that really stood out for me, which was something along the lines of this:

Phil from the NorthWest Seed Company called us up and asked if we wanted to do some seed trials and we were really excited when he came to drop off the seed to get us started. But that was the last we ever saw of him. He never followed up and he didn’t return our emails so there was no way to give him feedback on the crop we were trialing. And we had no idea what kind of feedback he wanted either. No instructions, no follow up, so what were we supposed to do?! We totally lost interest. I mean, if it’s not important enough for him to follow up on these trials, how are we supposed to make it important to us? So we totally lost interest in working with others to do research.

In this case, there were many things going on in terms of disrespecting and disregarding the farmer’s time, knowledge, and efforts. And this kind of disregard, I would argue, can take away from a farmers sense of belonging (at least regarding that seed company) and could be a detriment to building community resilience as there may now be some distrust with that seed company and potentially less engagement from farmers.

I try to keep this story in mind through all my research activities. At workshops and field days, for example, we try to introduce ourselves to participants and welcome them to each event; we bring supplies for emergencies (first aid kit, water, sunscreen, chocolate) and to make the event easier, and we even prepare for weather and other situations. In this way, we are acting more like hosts than we are workshop organizers and it is a very intentional approach to giving participants a sense of belonging (though, let’s be clear, I am not always a master at this myself!). In fact, I try to focus more on being a host than I do on being any kind of expert or advisor at these events (if I am not presenting myself) and I try to leave that for follow ups as much as possible to better maintain my role as a host.

This is an approach we take with our social media at FFCF as well. While we, of course, use social media platforms to promote events and share important news, we also use them to tell the stories of our research – often adding personal touches about our experience in the field or on different farms. It is a reminder to others that although we are organizers and hosts and researchers, we are also people and have an existence and importance beyond those roles.

So this has now strengthened, for me, the importance of telling the stories of BC seed within this community and I hope it is truly building a better sense of belonging and contributing to greater resilience with BC seed growers. There are many great stories to tell. 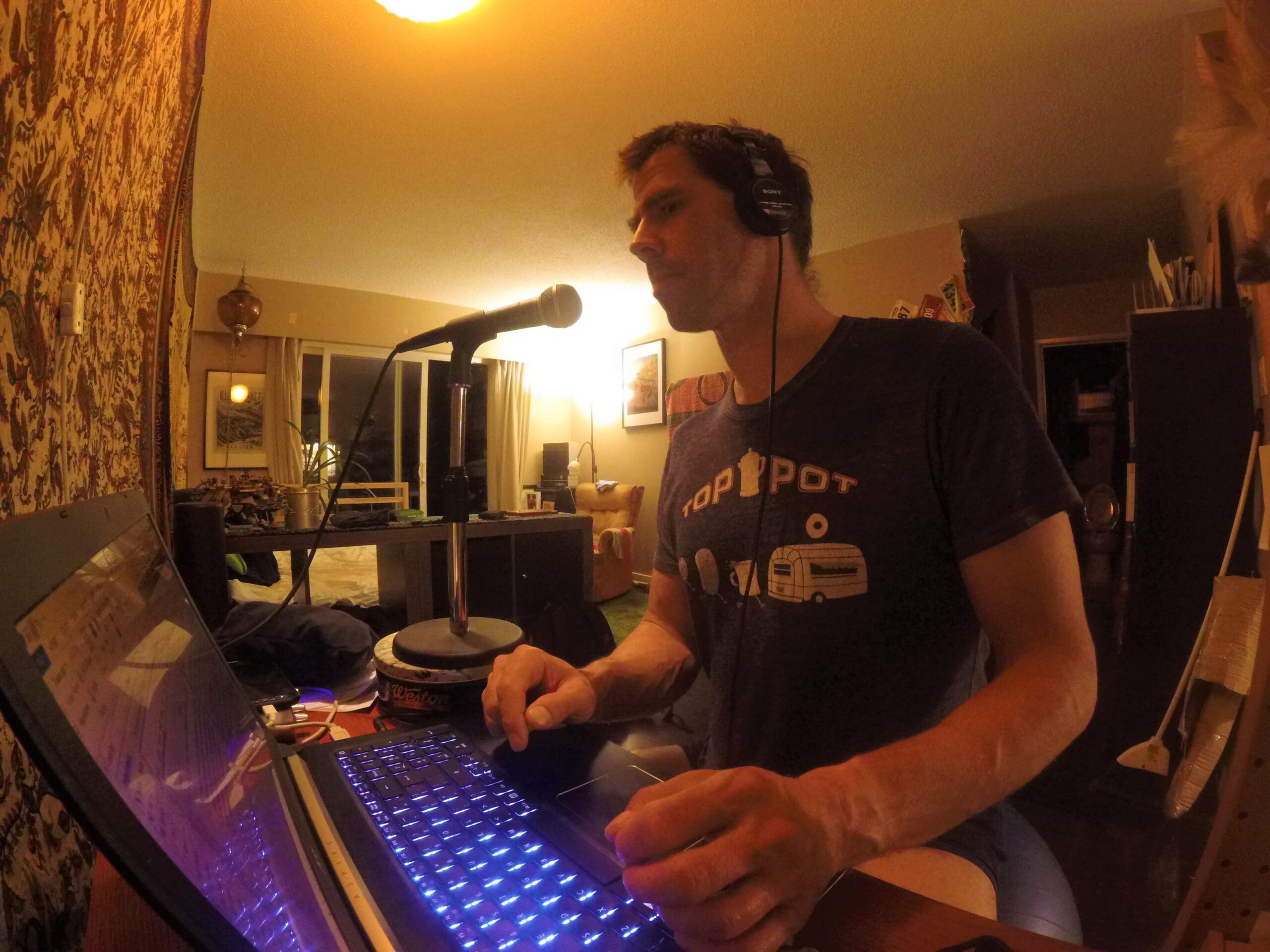 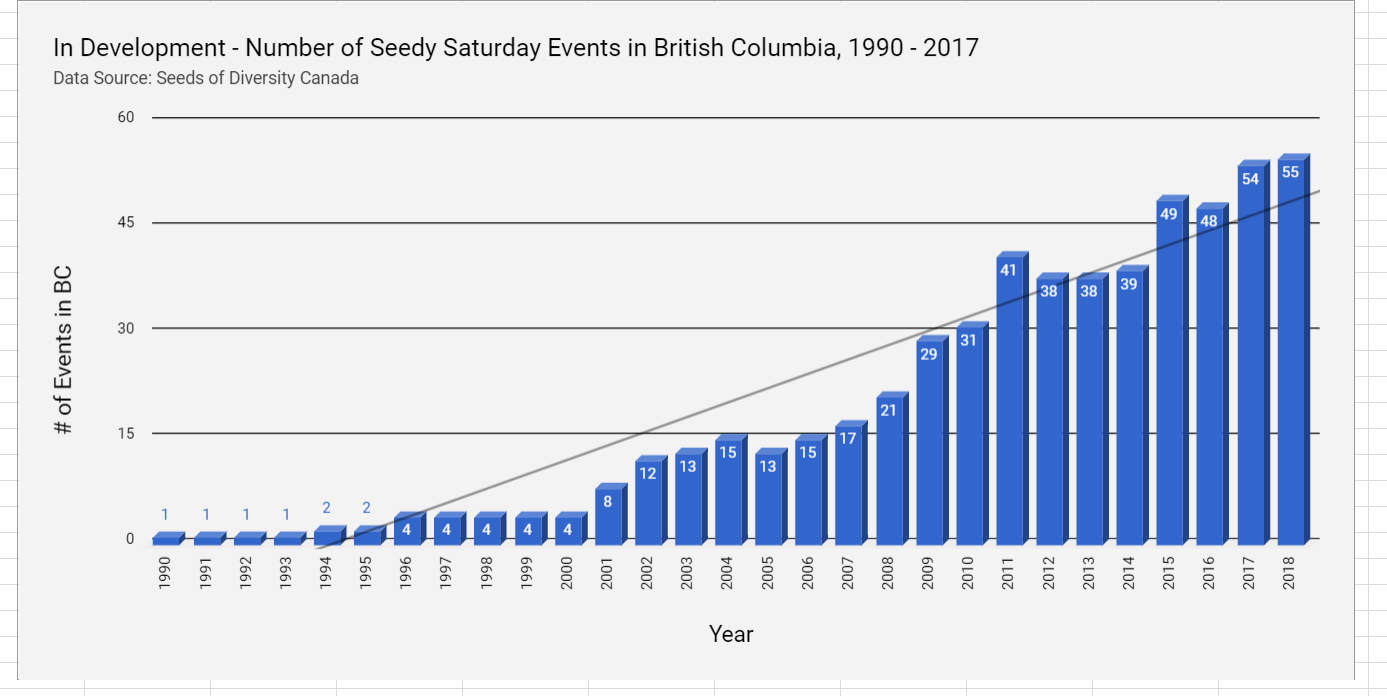